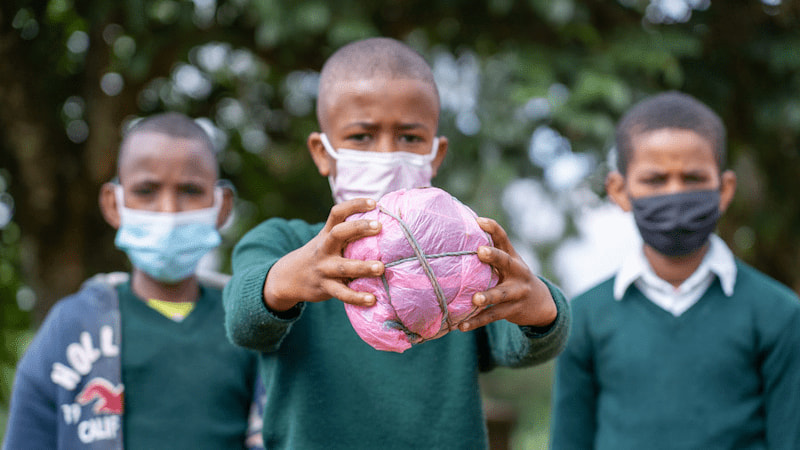 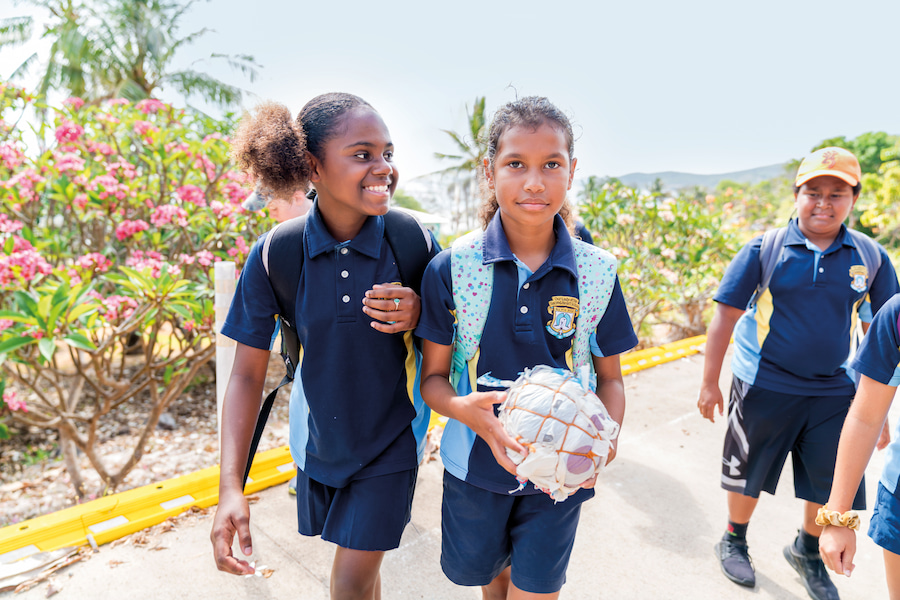 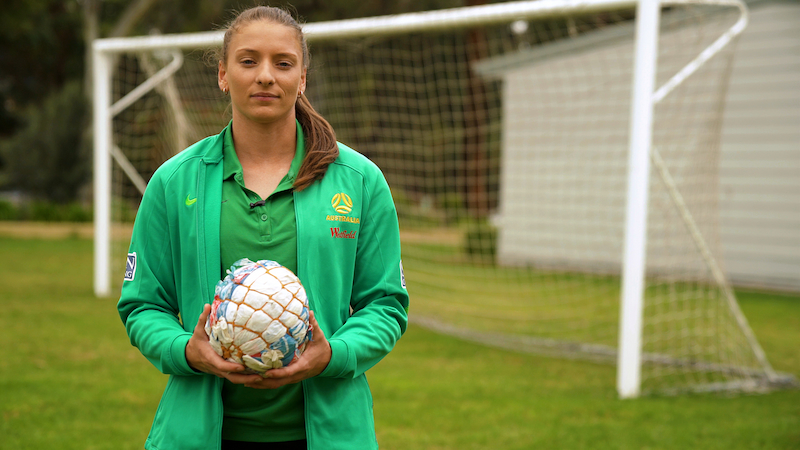 The Sockball: Journey and Connection

It is fitting that the iconic symbol of Socktober is a tattered, misshapen ball made of recycled material like socks, t-shirts and plastic bags, tied together with string. It’s not a conventional icon, but one that represents what Socktober is all about.

It’s this kind of ball that a young boy named Jorge Mario Bergoglio kicked around with his friends in the streets of Buenos Aires some 75 years ago. As he eventually rose through the ranks of the Catholic Church, becoming a priest, an archbishop and a cardinal, Jorge never forgot where he came from, and his love of soccer remained a constant. Today, he is known as Pope Francis, the first pontiff from a majority world country, and his special connection with children from the world’s poorest communities is symbolised by the iconic sockball they all once played with.

"I have a memory ... of the ball of rags, the 'pelota de trapo': leather was expensive and we were poor, rubber was not yet so common, but it was enough for us a ball of rags to have fun and almost perform miracles playing in the square near home."  - Pope Francis, 2021 (La Gazetta dello Sport)

These universal links make soccer the most powerful example of Pope Francis’ initiative, Sport at the Service of Humanity. The movement was developed in 2015 to promote the values of sport as a vehicle for fraternity. Its core principles are compassion, respect, love, enlightenment, balance, and joy, which should be inherent in all sports, and which inform our service to others.

Above all, sport unites people from all walks of life. No matter how different people are in age, gender, ethnicity, religion, ability and wealth, they can share a common bond through a love of sport. No sport better captures this than soccer.

As one of the main activities of Socktober, participants make their own sockball to form a connection with the children they support through the program. It is a reflection of the Head, Heart, Hands framework; when we can empathise with people in need, we feel even more compelled to offer what we can to support them. The sockball helps students to understand the reality for children who cannot afford to play with the balls to which we are accustomed in Australia.

Ever wonder what it's like to play with a ball made of socks, rags, bags and string? Your first Socktober goal is to find out! Make your own sockball with help from Dorothy at Catholic Mission and her nephew in Zambia. In this tutorial, they take you through the simple steps to making your very own soccer ball.

Have a kick around with friends, family or classmates, and compare the difference between it and the soccer balls you are used to kicking in Australia. 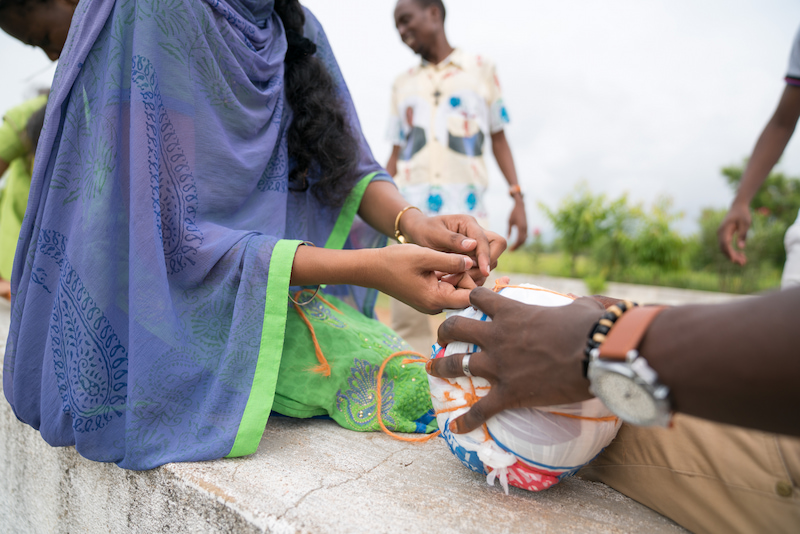 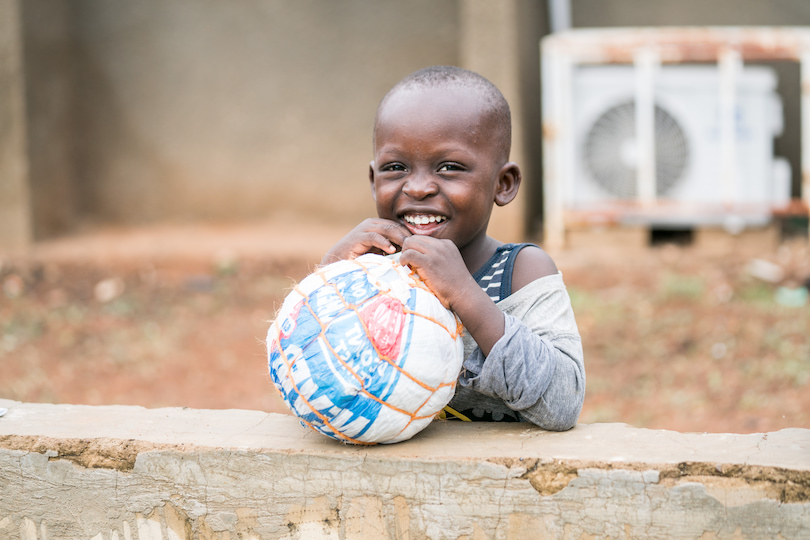 This ball has a story. It was handmade in a small village, four hours southwest of Chennai in India, using recycled materials, like old socks, rags and plastic bags, by two groups of students from very different parts of the world. The four young people from Zambia were visiting on university exhchange program. They were used to making these balls in their hometown and playing soccer with them for hours on end, until they literally fell apart.

The other group, three young women from India, were using their study break to visit the woman they call "Mum", Sister Calara Deveraj, a Salesian Sister who ran a home in Chennai for disadvantaged and vulnerable young girls. The concept of a sockball was new to them, but they joined in on the fun of making one, and kicked the ball around in the street with their new friends from the other side of the world.

In those early moments of the sockball's life, it was clear what a unifying effect it had on the young people. They all knew just what to do with it, and the young locals were impressed by the strength and resilience of this ball made of rags and twine.

Incredibly, the ball has since survived its travels around the world. It has passed through Burmese and Cambodian hands and been kicked by Ghanaian and Thai feet. It has endured the heat of Brisbane, braced the cold of a Melbourne winter, and felt the winds of the Torres Strait on Thursday Island.

Everywhere it travels, local children and young people can identify it as a soccer ball, seeing beyond its tattered and rudimentary appearance and embracing what it truly represents: unity, diversity, heritage and the principles of joy and shared experience that underpin true teamwork.

Have you made your sockball yet? What story can you tell about it in the future?

The short pass is one of the most vital skills in the game of soccer, and thankfully, one of the easiest to master!

Watch as our International Programs Officer and resident football guru, Conor, takes you through the steps. Then give it a go with a classmate, friend or family member!

What are the three tips you need to remember?

Now that you've got the short pass in your skills set, it's time to work on the longer ball. Often, this is required when you have a teammate in space downfield or across the other side of the pitch. Watch as Conor shares how this skill is slightly different to the short pass. Find some space and practice with a teammate.

What must you do differently with a long pass?

Juggling the ball on your knee is one of the more difficult skills in soccer, but if you can get it right, it sure looks impressive! It can also help you to control the ball from a long pass. Conor takes you through what's needed to increase your number of knee-ups. How many can you do in succession?

What attributes do you need to master all of our Socktober Skills?

On your Socktober Event Day, you'll be attempting plenty of penalty goals, but it takes some skill to sneak it past the goalie. Here are some tips from our soccer guru to help you match it with the Matildas and the Socceroos and net all your shots.