Catholic Mission’s vision is that all may have life in Christ. “I have come that they may have life, and have it to the full” — John 10:10. We work with Church and community leaders to provide people the opportunity for a full, enriched life—physically and spiritually—regardless of race, stigma, religion or gender.

Alongside this work of the church, the global community has set 17 goals that are a shared plan for peace and prosperity for people and the planet, now and into the future. These are known as the Sustainable Development Goals, or SDG’s, and are an urgent call for action by all countries.  They recognize that ending poverty and other deprivations must go hand-in-hand with strategies that improve health and education, reduce inequality, and spur economic growth – all while tackling climate change and working to preserve our oceans and forests. 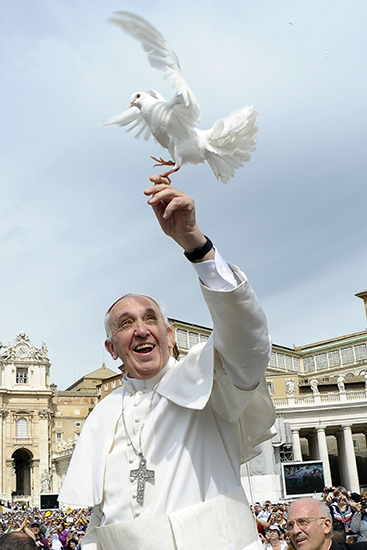 Engaging in advocacy allows us to speak out and act for justice so that we can play our part in this transformation of the world.

We contribute to this work of God’s Mission by living out the principles of Catholic Social Teaching, using Cardinal Joseph Cardijn’s See-Judge-Act process. 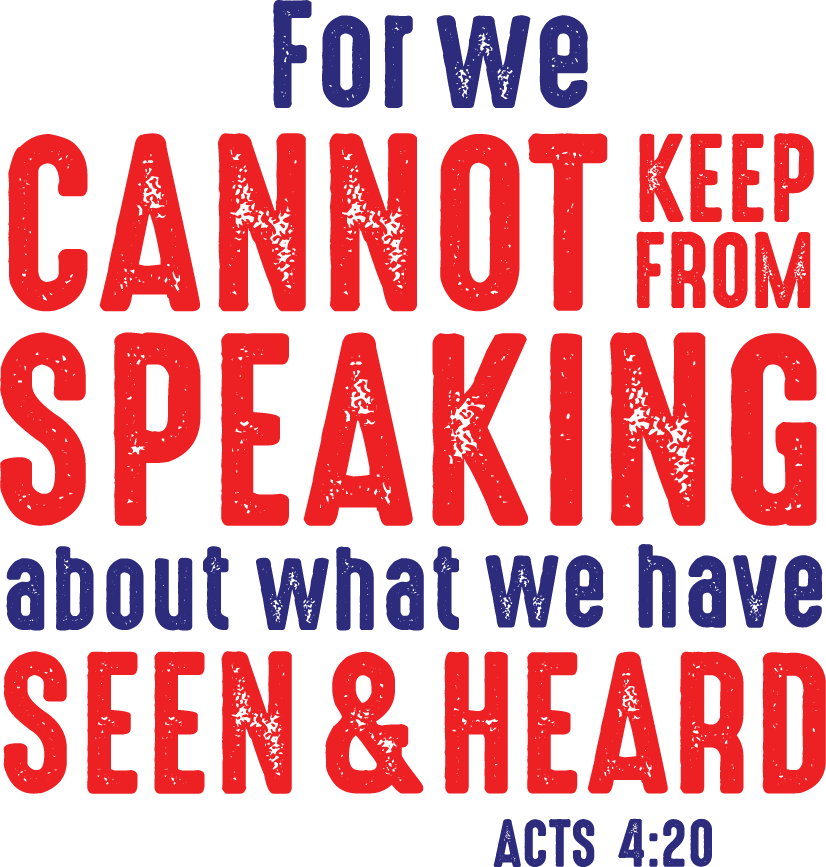 The theme of this year’s World Mission Day Message is “We cannot but speak about what we have seen and heard” (Acts 4:20), and “is a summons to each of us to ‘own’ and to bring to others what we bear in our hearts”.

Pope Francis asks each of us to be missionaries in our own way, regardless of any limitations or troubles, and share goodness and love. He says “universal openness to love has a dimension that is not geographical but existential. Always, but especially in these times of pandemic, it is important to grow in our daily ability to widen our circle, to reach out to others who, albeit physically close to us, are not immediately part of our circle of interests”.

There are many ways in which we can use our voices to speak out for justice with, and on behalf of, those in need who for one reason or another aren’t being heard.

This year our advocacy resources provide information and actions that:

The United Nations ranks all countries on an index known as the Human Development Index (HDI). This index indicates how countries are tracking towards the achievement of the 2030 Sustainable Development Goals (SDG’s). Inequalities in human development hurt societies and weaken social cohesion and people’s trust in government, institutions and each other. They prevent people from reaching their full potential at work and in life and make it harder for decisions that benefit the common good and our common home. Inequalities in human development are not just about disparities in income and wealth. For children, inequalities affect their ability to achieve a good education, health and future careers. 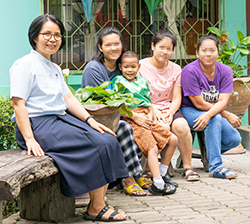 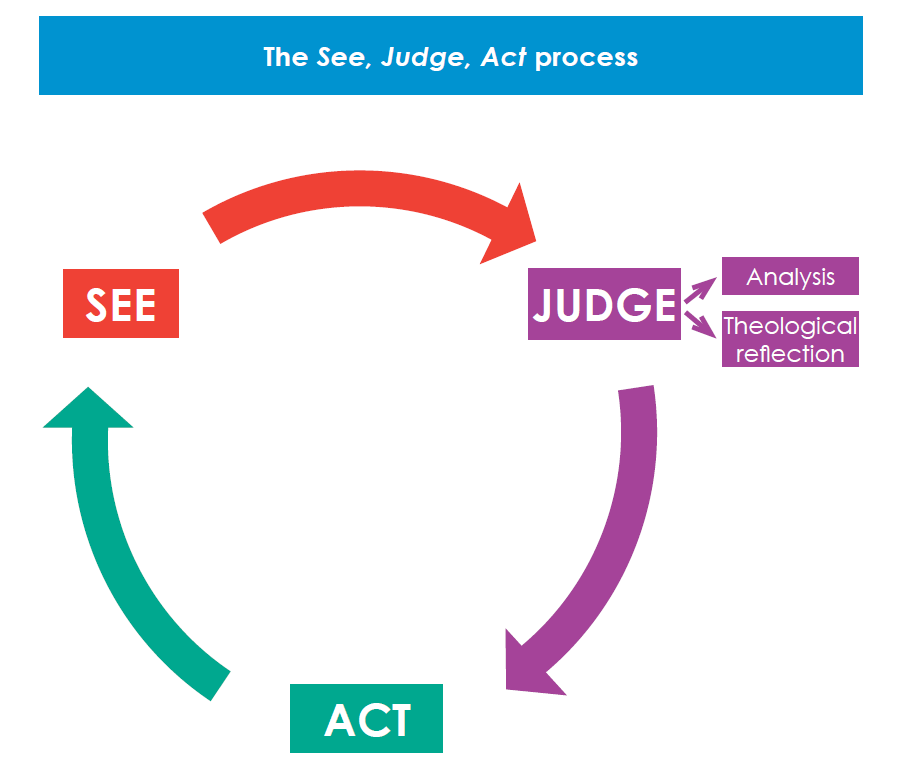 The Cardijn Method was created in the early 1900s by Father (later Cardinal) Joseph Cardijn, the founder of the Young Christian Workers (YCW).

Judge – we analyse using our faith, our values, our intelligence

Act – we take action in an ongoing cycle: seeing, judging and acting 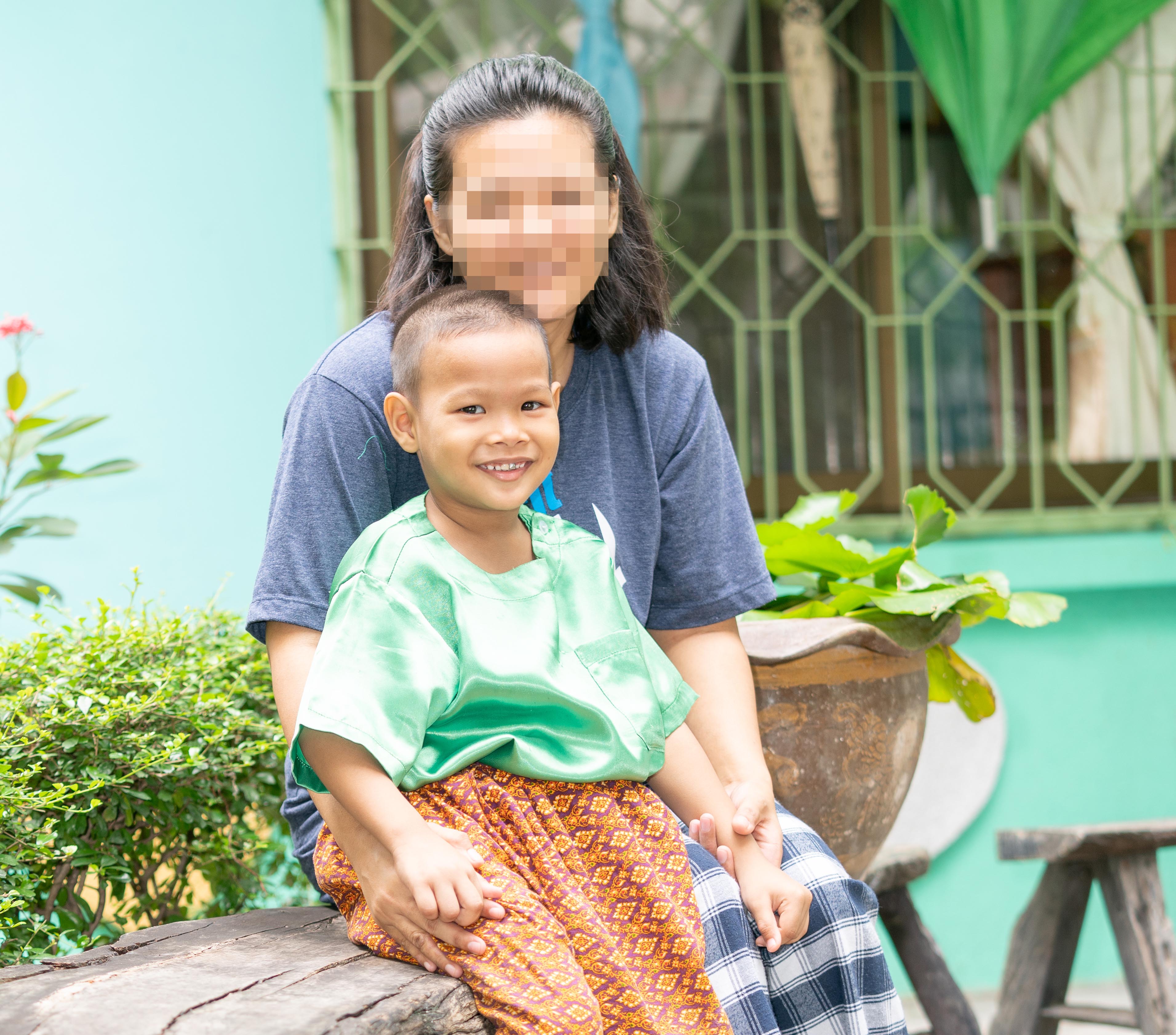 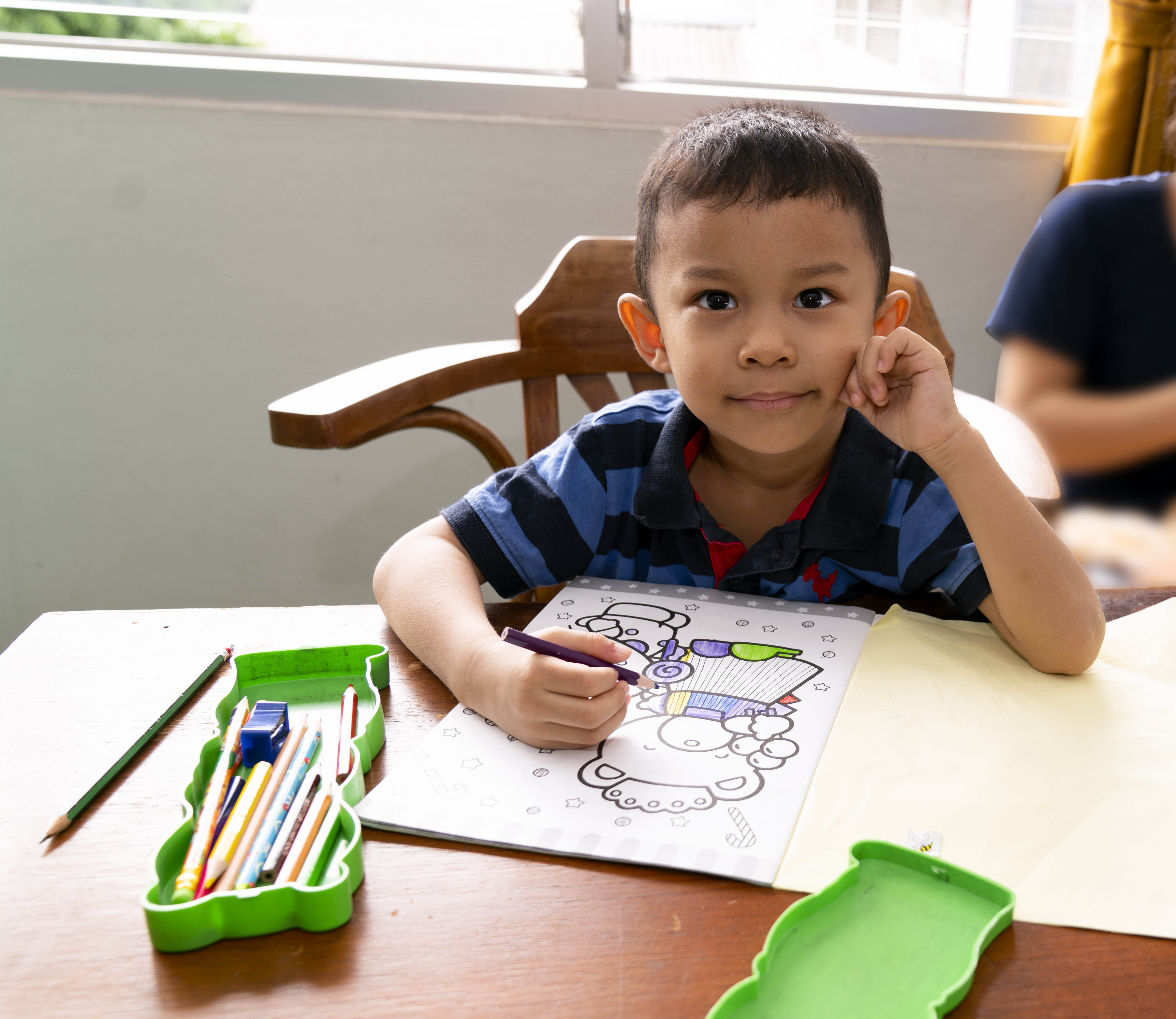 In Thai society children are always a key concern and many people support works to help children. Civil society organisations in Thailand have worked to develop the understanding that this issue is about protection for all children, not just Thai children. This is an important consideration for children from migrant families. Thai society and their government are supporting policies that protect all children and since mid-2017 have been removing children from detention and placing them in foster care.

The Kindergarten Centre run by the Good Shepherd Sisters in Bangkok supports more than 100 children from disadvantaged undocumented and migrant families. The children attend regular classes and receive a nutritious meal and healthcare. This program is also building a foundation for children to develop a positive sense of self-worth.

Even in Australia, some children are at risk and slip through the gaps of society. Marginalised communities, such as refugees and people seeking asylum, are often not afforded the same rights as other people in our community. Australia is the only country in the world to detain children who seek asylum as a first option, rather than as a last option. Australia’s treatment of children who come here seeking asylum is in breach of  human rights obligations protected under international law, which Australia has ratified, including the United Nations Convention on the Rights of the Child.

The Catholic Church teaches that human life is sacred because we are all created in the image and likeness of God and all people have the right to live a dignified life in their homeland. Tragically, in June 2019 the UN Refugee body advised a new record of 71 million displaced people around the world. War, natural disaster, persecution and discrimination have deprived millions of people of their home, employment, family and homeland. Regardless of a person’s citizenship, visa status or mode of arrival, the human dignity and human rights of people seeking asylum must be respected. Many people seeking asylum are already survivors of crimes, torture and trauma and indefinite detention adds further stress and suffering and may impact mental and physical health.

We are also taught that the most vulnerable people are not simply those who are in a needy situation to whom we kindly offer an act of solidarity but are members of our family with whom we have a duty to share the resources we have. All people have a right to be welcomed as part of a community. Jesus even identifies himself as a stranger to be welcomed, “For I was hungry and you gave me something to eat, I was thirsty and you gave me something to drink, I was a stranger and you invited me in” (Matthew 25:35).

In every country, disparities in gender are a persistent form of inequality despite great progress in some areas.  All too often, women and girls are discriminated against in health, in education, at home and in the labour market—with negative repercussions for their freedoms and opportunities to live life to the full.

The United Nations Development Programme provides data that measures and provides understanding of how social beliefs can obstruct gender equality in areas like politics, work, and education. The Gender Social Norms Index (GSNI) contains data from 75 countries, covering over 80 percent of the world’s population. 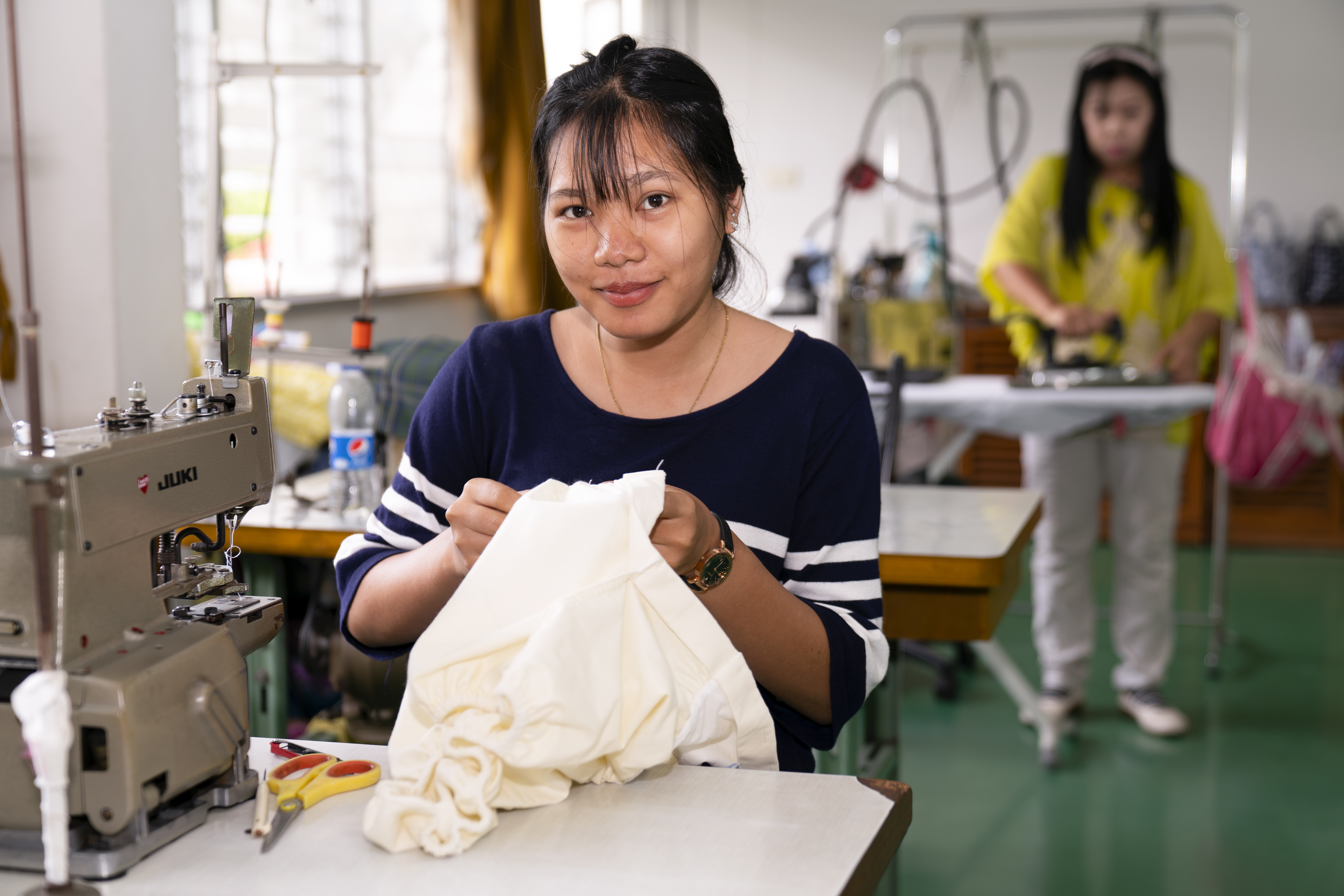 Below is the data for Australia and Thailand. What differences do you see?

The GSNI measures the percentage of people with bias(es) across indicators such as "men make better political leaders than women do” and “men should have more right to a job than women”  In many instances, it might take only one bias from one person to block a woman’s progress in society. Higher GSNI values indicate higher bias against gender equality. Although there is no country without bias against gender equality, you can see from above that this issue is much greater in Thailand than in Australia.

In Bangkok, the capital of Thailand, there are eight million people and stark wealth inequality which often disproportionately affects women. The Good Shepherd Sisters work in the slum areas of Bangkok to provide young mothers with opportunities to maximise their skills and gain employment to support their families. 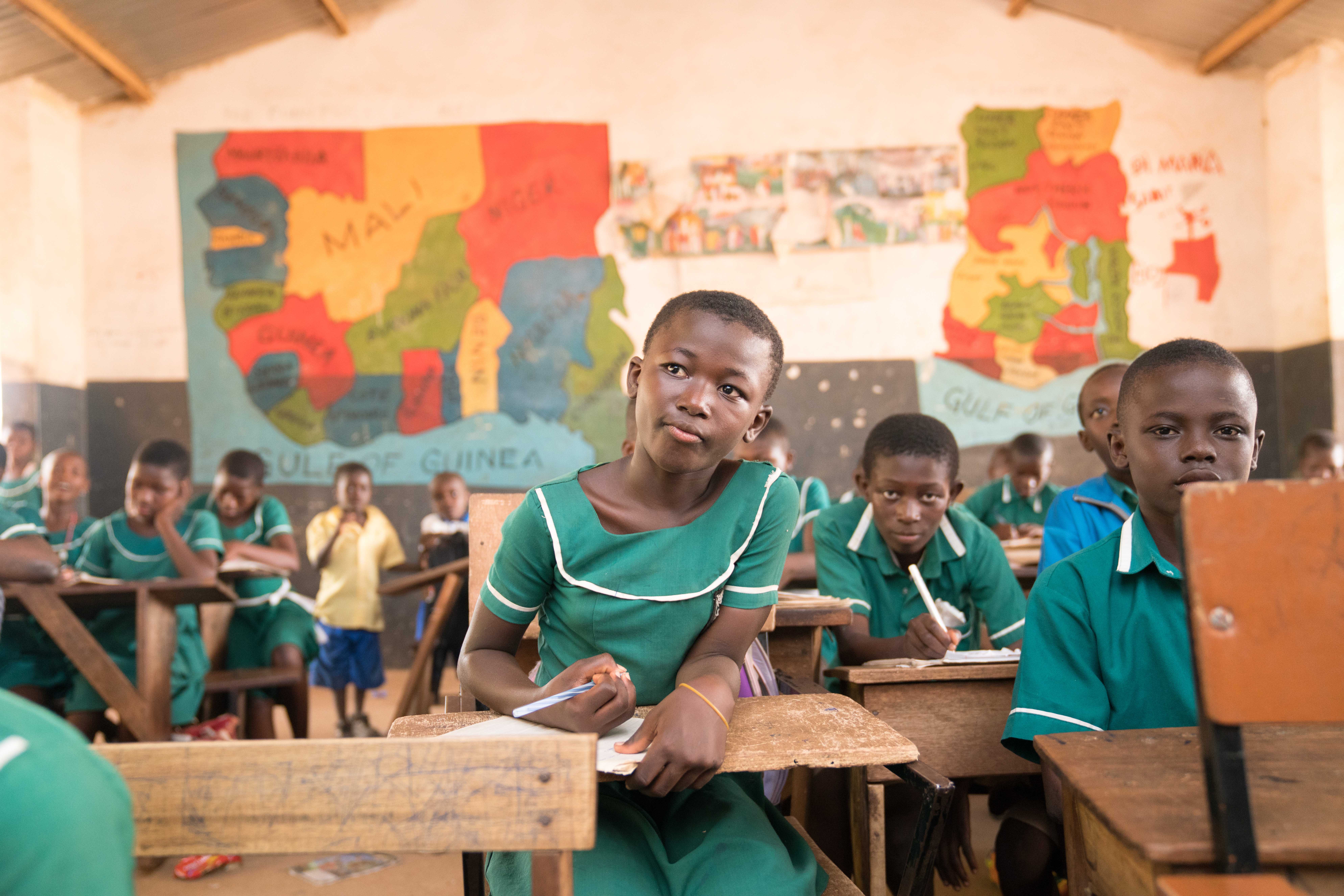 The Catholic Church teaches that all of humanity is created in the image and likeness of God and therefore is equal. No one sex or race is above or superior to another. To be equal does not necessarily mean to be the same. To be equal means to have the same rights and opportunities as others.

In 2019, Pope Francis wrote an important document addressed to “YOUNG PEOPLE AND TO THE ENTIRE PEOPLE OF GOD”. Christus vivit or ‘Christ is Alive’ calls for a “church with ’open doors’ that can acknowledge past ills and be attentive to women seeking ‘greater justice and equality’.”

This is why projects such as the Good Shepherd Sisters' Kindergarten Centre in Bangkok is responding to the need of vulnerable women and their children. This centre provides temporary refuge for women where their dignity is respected and protected.

Human Trafficking is also known as the modern-day-slave-trade. Modern day slavery exists throughout the world and in Australia today. People are often at risk due to poverty and forced migration. They are often exploited, trapped in poverty and have little chance of education. There are many industries where human trafficking and modern slavery have been found including: textiles and clothing manufacture, chocolate, agriculture and seasonal and domestic work.

In Thailand, the competitive industrial fishing industry is a place of increased risk for migrant labourers, especially women and children. The 2012 UN study found 33 per cent of workers in one main processing region in Thailand were trafficked. A 2011 ILO study found over 10,000 migrants in child labour.

Human trafficking takes on many forms, has many faces, and is one of the world’s fastest growing crimes. Australia is a destination for trafficked people who are used for a variety of purposes.

ACRATH stands for the Australian Catholic Religious Against Trafficking in Humans.

Like Catholic Mission’s vision, ACRATH’s inspiration is “I have come that you may have life and have it to the full.” – John 10.10. Additionally, ACRATH’s work is based on Article 4 of the United Nations Declaration of Human Rights, “Nobody has the right to treat you as her or his slave and you should not make anyone your slave”.

What do you think might be some of the factors contributing to slavery?

Find out more about ACRATH and their mission is to eliminate human trafficking and the harm it causes, in Australia, the Asia Pacific region and globally. 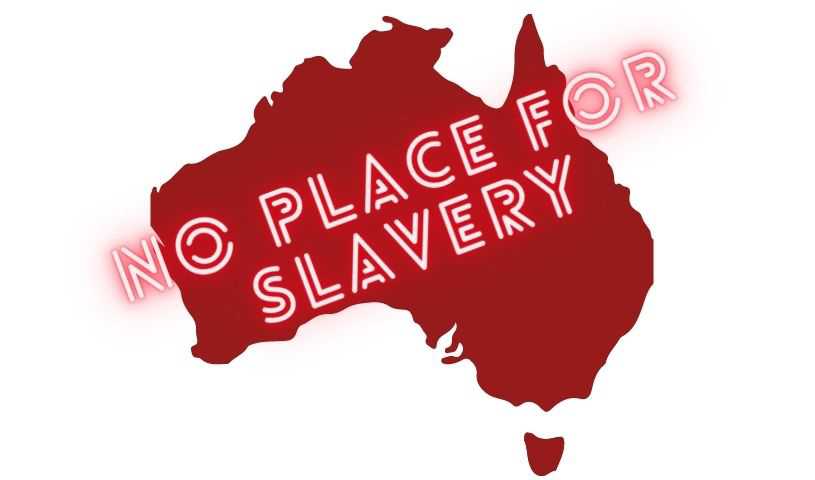 Are you passionate about social justice and issues that affect young people? Want to learn more about a problem, why it is important and how you can take action?

Why not get some like-minded students together and form a YCS (Young Christian Students) group!

YCS offers a unique opportunity for students to lead discussions on what they are most passionate about. Centred around our Catholic faith, the Review of Life means high school students can apply Bible teachings to their own modern day realities and explore how faith applies to them - "what would Jesus do in these situations?".

“We understand that everyone’s student reality is different, and we support open, non-judgemental dialogue. YCS as a movement is student run, allowing students to be the agents of change. Based in over 80 countries, YCS develops lifelong Christian leaders, and are supported by a large network of peers, adult volunteers, and paid workers”.